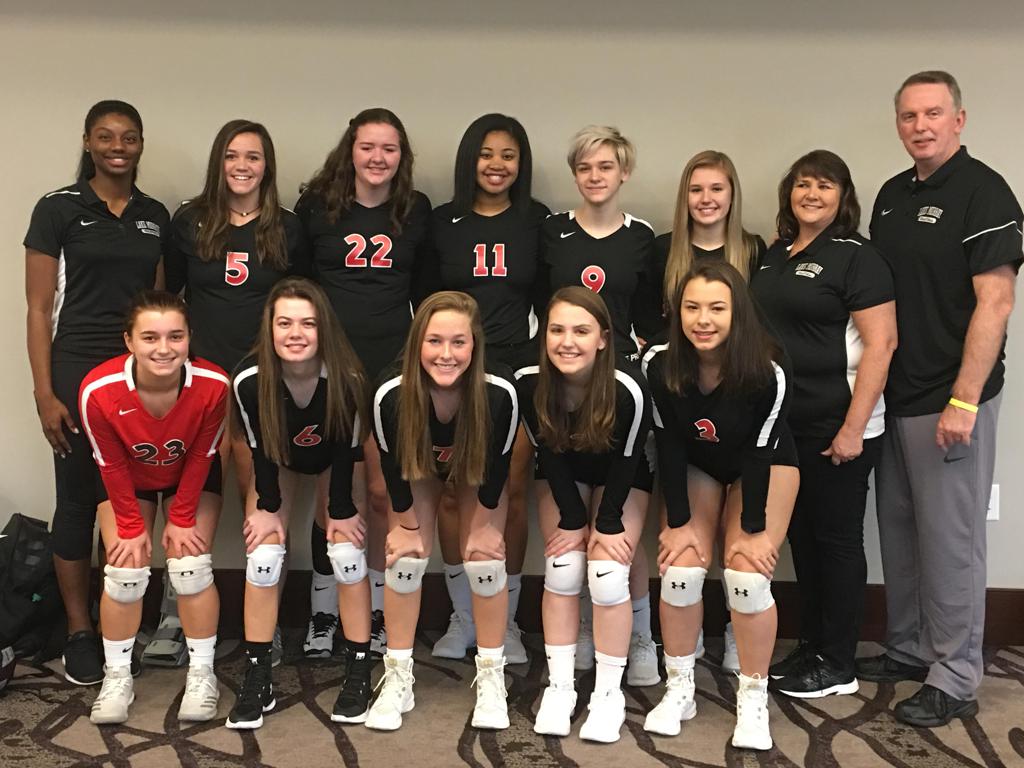 If you missed the tournament it was a lot of fun.  Here is a team pic and an inside the huddle video where the 16 team was coaching the parents. 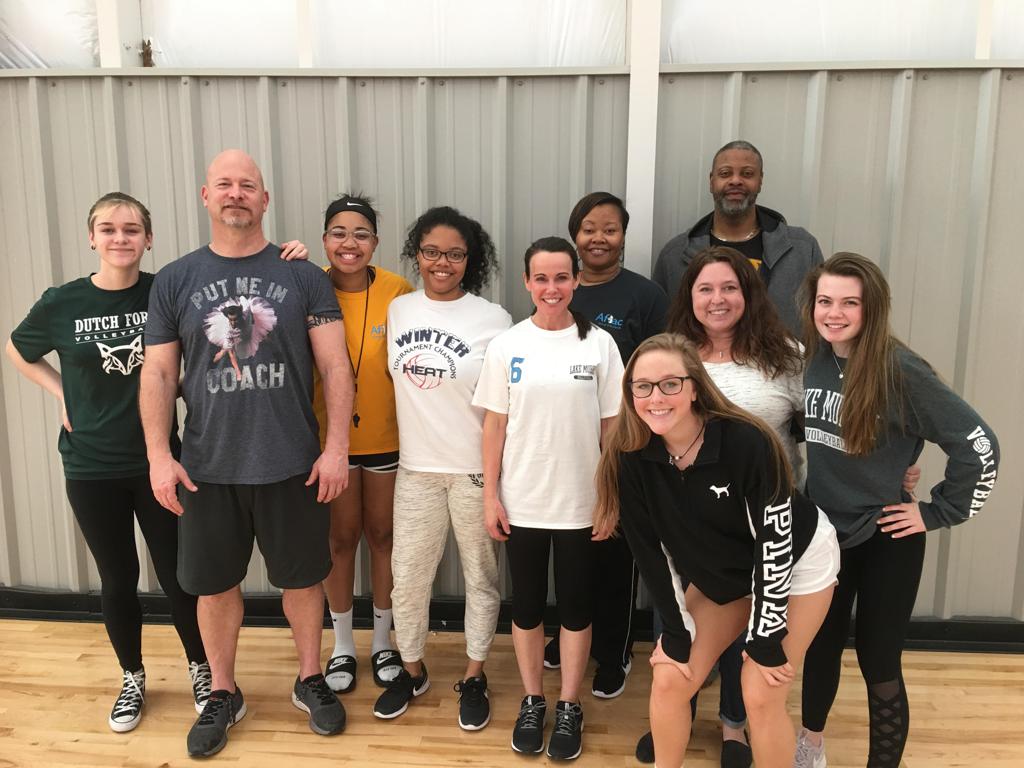 Training Video for next practice

I will have some drills to work on passing and defense but do not have any video for the Tuesday practice.

If you would like to see any of the prior videos, please click on the link below.

We had a great tournament, our passing was greatly improved which allowed the team to be much more productive. The MVP for this tournament will be Natalie Cousin for leading the passing and playing some outstanding defense.  GREAT JOB NATALIE.....

The team as a whole played really well this weekend. The MVP for this tournament was Scotlyn who just had an outstanding day.  She had 31 serves with 3 aces, her overall serving percentage was 84%.  She had 12 kills, 1 solo block, and 34 digs but the thing that stood out (aside from all the digs) was her passing, she made 48 passes and 31 of them were perfect passes!!!

This tournament's MVP is Audrey Taylor.  It seemed like every time we needed a big play Audrey was there to do it for us.  Audrey had 15 kills, 6 solo blocks and 2 digs. Her kill percentage was 33%

We went into this tournament one starting player down, but the team worked hard at practice to learn a new rotation. We went undefeated in pool play and won the Cross over match in 2.  We lost in the Gold Semis to the team that ended up winning first place.

I am very proud of how the team performed this weekend.

The MVP for this tournament are going to be Audrey who had to play all the way around and Morgan who's servers kept our team ahead for most of the games.

This is the first tournament where Audrey served and she served 91% in with 2 aces. She also had 16 kills, 4 solo blocks and 3 digs.

Audrey typically does not play back but did a great job this weekend with 18 passes with only 4 errors.

There were several games where Morgan's serves brought us back from being down and allowed us to go on and win the games.

The team struggled on Saturday only winning one out of 3 matches.  Sunday the team started off bad but they turned it around and won the last three matches to win first in the Jade division.

We have two players this week that improved so much in a week I had to give them the MVP for this tournament.

Alexis is having to play all the way around because of an injury to another player. Alexis has really stepped up her game to handle this new position. Alexis had 9 serving aces but also served 97% of her serves in bounds. Alexis also had 16 kills this weekend and 41 digs.

Nicole really stepped up this weekend. She made some very important defensive plays just when we needed them. I could tell that she had confidence in her defense and was not afraid to step into the line of fire to pick up some big digs. She had 27 digs and every time a team hit or tipped at her she was there to pick it up.

The team played in Open the entire weekend and never played a team ranked lower than they were but the team did not let that stop them they played well against some very tough teams.

This tournament MVP is Emily. This is Emily's first year playing club and she took on the setter role in a 5-1 offense which is the hardest position on the court. During some of the matches the team had Emily running all over the place chasing down passes.  Emily always works hard to make the best set that she can to give us an opportunity to score.

For someone that has not gone to big tournaments like Regionals she did a great job controlling the stress these large tournaments place on the setter.

I do not have all of Emily's stats from this weekend in yet, but will update when I have them.  I know she got at least one block this weekend on top of all the assists and aces which is awesome.

The team played well in this tournament. Two players stood out. Morgan had a good tournament and Cailean had an outstanding blocking run against a tough team in the Gold Semi Finals.  These two are going to be the MVPs for this tournament.

Morgan had 13 serving aces, 17 kills, 2 blocks and 7 digs and one assist in this tournament.  She always comes through with a great hit or server just when we needed it.

Morgan also had some of the hardest hits in the tournament this weekend.

The entire team played well again this weekend.  The MVP goes to Audrey for her consistent play all weekend.  Audrey had a 92% server rating with 14 Aces, 38 Kills and 8 solo blocks.